“The Navision Model” Was Born When IBM said, “No Thanks”

“The Navision Model” Was Born When IBM said, “No Thanks”

Navision was acquired by Microsoft in 2002.

26 years ago three young gentlemen from Jutland in Denmark set up a small office in Hamburg, Germany, from where they would sell the Danish financial software program Navigator to German customers. In honor of their achievements here is a short version of a very interesting chapter in the short history of the European software industry. 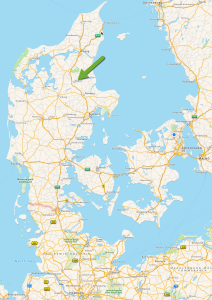 It is the 1980’s and Lars Damsgaard Andersen and Jesper Bowman work as CFO and Controller respectively with the manufacturing company Faltec A/S in Hobro, Jutland, in North Denmark, where they use an accounting system that runs on an IBM AS/400. In the latter half of the 1980’s they change to a PC-based platform and choose the DOS-based Navigator, sold by IBM and developed by the small Danish software company PC&C ApS (Personal Computing & Consulting). Planning to implement a new financial system in the German subsidiary of Faltec, Lars and Jesper study various German software solutions, but do not find anything to their liking. They therefore propose that the German subsidiary uses Navigator. After a demonstration of the Danish software program in an English version the German staff are very excited; excited enough that Lars, Jesper and Per Grønfeldt, a technical consultant from the IBM reseller of the product, translate the program to German and put it into operation. It works well and everyone is happy.

Meanwhile Faltec A/S is acquired by a Swedish group, and Lars and Jesper lose much of the autonomy and influence they had when the company was in Danish hands. They discuss with Per if there is a market for Navigator in Germany, and if they together could develop a business there. Per, who already has a good relationship with the two co-founders and developers Torben Wind and Peter Bang at PC&C, offers to inquire whether there might be enough interest for the three Jutlanders to start the distribution of Navigator in Germany. 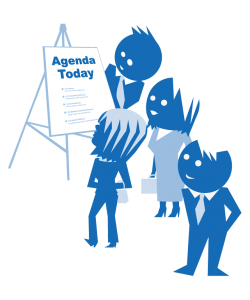 The feedback is positive, and in August 1989 the trio – Lars, Jesper and Per – travel to Copenhagen to present and discuss the idea with Jesper Balser who is the CEO of PC&C.  Spending a full day getting familiar with each other and discussing the opportunity proves that the chemistry between the four is really good. The trio returns to Jutland with instructions to prepare a business plan and find the funding needed to get started in Germany. They are also told that a new product is in the development pipeline, and that a potential launch in Germany must be based on the new product.

The business plan is written in their spare time 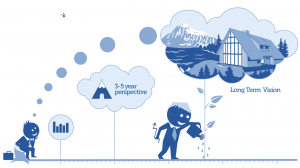 The trio, who have full-time jobs, are now engaging in the research required to write the business plan and in finding private investors that will support the funding efforts. After numerous discussions with PC&C in Copenhagen the outline of a framework for a future German distribution activity materialises and the corresponding agreements are signed. The German company, which will be called Deltacom GmbH, gets the exclusive rights to distribute Navigator, assuming that certain agreed sales targets are met. Deltacom will be responsible for the translation and localization of the software to comply with German legislation and market requirements, and the trio must assume full responsibility for and fund all activities associated with the distribution in Germany. PC&C, who contributed to the initial funding and makes a trade credit available, gets a 20% share of Deltacom GmbH, but is otherwise only involved with providing experience and advice, while everything else is in the hands of the Jutland – and soon-to-be – German trio. 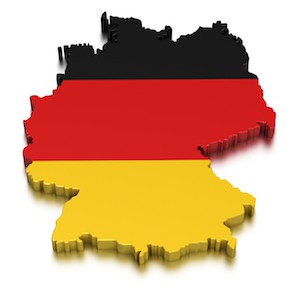 In the spring of 1990 Lars Damsgaard, Jesper Bowman and Per Grønfeldt quit their jobs and move to Germany, and on July 1st of the same year they open the doors of their new office in Hamburg. They start work on making the product ready for the German market, and to avoid wasting precious time the trio uses daytime hours driving up and down the German Autobahns visiting and demonstrating the product for potential distributors and customers all over the Bundesrepublik. The release of the new product Navigator 3.0 is delayed, so even when potential customers and resellers show interest, Deltacom cannot deliver. In late spring of 1991 the product is finally ready for the German market enabling much needed revenue and cashflow.

The go-to-market model was defined from the very beginning and is based on serving the customers through value added resellers (VARs). Although the recruitment of VARs and the subsequent sale to their customers is growing very slowly and falls short of any hopes & expectations, as well as the minimum thresholds agreed to maintain exclusivity, the VAR model is maintained and PC&C in Copenhagen agrees to extend the exclusivity and gives the trio more runway to get the business off the ground.

The sluggish start is very tough on the cash flow, and the trio, working around the clock, have to tighten their belts, while PC&C in Copenhagen helps by extending their credit. Even Deltacom’s German bank has to step in and authorise overdrafts, but as they see that things are going in the right direction, albeit somewhat slower than expected, they exhibit unusual patience. 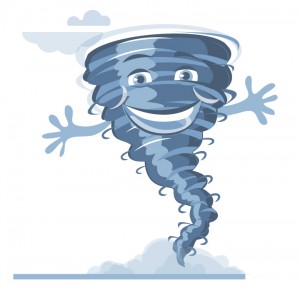 In mid-1993 the famous snowball effect finally kicks in. At that time, Deltacom have recruited a half hundred VARs, and some of these are part of a nationwide network with other partners, that are now also showing interest. On top of the trio’s own market-oriented activities the word of mouth machine begins to work, and sales now really take off. When PC&C launches Navision Financials for Windows in 1995 Jesper Bowman, Lars Damsgaard and Per Grønfeldt have both the organization and the VAR-base ready, and although the whole translation and adaptation effort have to be redone for the new product, market acceptance is very fast and the new product becomes a huge success.

At the end of 1990’s, Navision Software (PC&C is renamed in 1995)  prepares for its IPO and decides to buy all of its distributors around the world. Shares, in what is currently PC&C GmbH, are swapped for shares in Navision Software A/S at a price negotiated between the parties. After the IPO in the spring of 1999 these shares become liquid. It returns the trio a handsome reward for the initiative they took 10 years earlier and for the many hours they had put into the project before being engulfed by the tornado that lead to Navision becoming the market leader in the SMB segment in Germany.

“The Navision Model” was born when IBM said, “no thanks”

What the trio did not know when they made contact with Jesper Balser & Co. in 1989, was that the year before PC&C ApS, based on their successful co-operation with IBM in Denmark, had discussed distribution with a wide range of IBM subsidiaries in Europe. Due to their co-operation with other local software vendors, IBM Germany decided to decline the opportunity to use Navigator as an IBM logo-product supporting their PC business. Being under competitive pressure from Damgaard Data in the small Danish domestic market, PC&C was extremely keen to grow internationally, and with no immediate options for Germany they were very open to other initiatives. The three hopeful Jutlanders could obviously not match IBM’s position in Germany, but history would show that Jesper Balser and company made the right decision when they chose to give the trio the chance. PC&C GmbH became a huge success for both Navision and for the trio themselves. It is a unique export adventure in the short history of the European software industry and has become a precedent for international expansion under the name of “The Navision Model.”

In December 2000 Navision Software A/S merged with Damgaard A/S and became Navision A/S, which in August 2002 was acquired by Microsoft. Navision Financials is currently marketed worldwide under the name Microsoft Dynamics NAV.

Sources: Interview with Lars Damsgaard Andersen and my own research.

I write about issues related to revenue growth and globalization in the information technology and software industry. 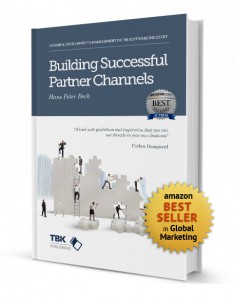 Click here for a free preview of the first two chapters.

More information on my workshops for software industry executives

What Do You Want from Microsoft’s Acquisition of Linkedin?Business Model Management, Featured, Industry News

How Do You Cross the Chasm and the Tipping Point? Part 1Business Model Management, Entering Foreign Markets, Featured