What can Damgaard and Navision Teach us About Entrepreneurship?

What can Damgaard and Navision Teach us About Entrepreneurship?

When reading my new book “5,460 Miles from Silicon Valley” (available in English in June 2018), you will discover that both Damgaard Data and Navision Software (which was known as PC & C until 1995) were set up & managed using very simple entrepreneurial concepts.

What made the difference? Why did Damgaard Data and Navision Software survive the difficult start-up stage and quickly become market leaders in Denmark with a combined market share of over 50%?

The answer to all those questions is no. The long answer can be found in the book, while the pertinent insights are listed below.

As you can read in the book, the success of the two companies was very different. Nevertheless, in December 2000, they chose to merge. To merge two companies where the founders still sat at the helm was almost doomed to fail, but that was not the case. The big egos were put aside in favor of common objectives. The result was nothing short of impressive, which was confirmed when Microsoft made an offer to buy the company for US$1.3billion just 18 months later.

What can the story of Damgaard Data and Navision Software teach us about entrepreneurship? 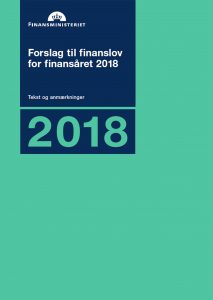 At the moment, the Danes (as every other nation) are discussing what the government can do to stimulate entrepreneurship in Denmark. It would be great if we could succeed in creating more companies like Damgaard Data and Navision Software. In addition to providing more than 1.000 jobs, making nice tax contributions and creating foreign currencies from exports, they were also some of Denmark’s most popular places to work.

What can the government do to stimulate entrepreneurship and what can be done to make them successful once they get started?

Policies to get more entrepreneurs

To get more people to try their luck as entrepreneurs, the story of Damgaard and Navision does not offer much help. The five founders behind Damgaard and Navision had just started out. They thought they had a brilliant idea, and as the capital requirement was very small, they could finance it themselves by initially living very frugally.

Both companies were very quickly profitable and financed their own growth in the first 15 years.

Policies that can support entrepreneurs

You may be surprised to learn that the two companies didn’t take advantage of a single business policy program. Navision Software once used the services of the Embassies of the Ministry of Foreign Affairs to find names of potential distributors in southern Europe. But that was not what made the difference. And they could as well have used local, in-country consultants.

Over time, their biggest challenge was finding employees. They had a constant lack of skilled technicians, skilled marketers, skilled salesmen, skilled administrative staff and skilled managers. “Skilled” meant people with equal portions of professional and personal qualifications that could ensure that they quickly grew into new roles and that they could cooperate with each other, nationally and internationally.

Policies that stimulate the education of all types of skills, with the ability to collaborate, mastering in multiple languages, and preferably with experience from abroad, will also help entrepreneurs today outgrow their domestic markets.

What does it take to be an entrepreneur?

The book is the long story of what successful entrepreneurship looks like in reality, and what is required in terms of ambition, energy, agility and perseverance.

More about this in future articles. 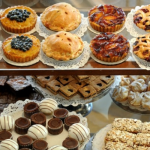 Is the Wisdom of the Crowd Always Wisdom?Featured, Industry News, Our Own World 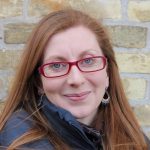