In a [slider title=”business model”] As defined by Alexander Osterwalder & Yves Pigneur in their book ”Business Model Generation,” John Wiley & Sons 2010. [/slider] context the Channel is the way you take (sell) your products and services to your customers.

In the software industry the term Channel is often used to describe the situation where independent 3rd party companies resell the software vendor’s products to the final customer.

This series of posts are providing definitions for all the various types of Channels we see in the software industry.

A Value Added Distributor is an independent 3rd part company serving the Reseller, VAR and Systems Integrator community with products from ISVs and the associated services required for successful market management.

The large ISVs such as Oracle, SAP, Microsoft, Adobe etc. all have subsidiaries in most countries in the world. They directly provide the services required to recruit and manage the partner channel and to manage the market in general.

A Distributor traditionally takes care of order fulfillment for ISVs.

As software is no longer delivered as physical products requiring warehouses and physical logistics, the role of the Distributor in the software industry has changed in the direction of Value Added Distributors.

An Original Equipment Manufacturer will source components from ISVs embed them in his own products and take them to market under his own brand.

Suppliers to an OEM are literally invisible to customers of the OEM. Only very powerful suppliers such as Intel and Microsoft can enforce an “xx inside” branding policy.  Most other suppliers will have to live with the anonymity in the final product.

OEMs are clearly not a Channel, but customer segments in their own right.

White Labelling is a variation of the OEM arrangement where the software from an ISV in taken to market under another brand name.

White Labelling occurs where the OEM considers his own brand more valuable than that of the ISV.

White Labelling is not a Channel, but an OEM activity and thus a customer segment in its’ own right.

About this series of posts

This series of posts provides a definition for the most commonly used abbreviations and terms used in the software industry front office.

Other posts in this series 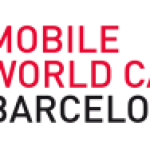