I didn’t know about The Law of Diffusion of Innovation when I joined this software company. However, after a year it became clear that some of the decision-makers with our potential customers were more approachable than others and had an open mind to new technology and small vendors.

The previous article explained how we defined the Ideal Customer Profile at a B2B software company serving the newspaper industry. The definition was a newspaper with a daily circulation of at least 100.00 copies that would accept English as the language for the software’s user interface and communicate with us.

The objective of having an Ideal Customer Profile was to focus our efforts on those customers we believed would get the most value from using our software and where our customer acquisition cost would be the lowest.

The definition was heavily influenced by the one customer we already had. It was the largest newspaper group in Belgium, including their two flagship media De Standaard and Het Nieuwsblatt.

Being based in Denmark with a subsidiary in the UK, we had English as our corporate language. We did penetrate the German and the French market for some time and learned that language was a significant barrier. We then decided to only deal with customers that spoke English.

The Law of Diffusion of Innovation

I didn’t know about The Law of Diffusion of Innovation when I joined this software company. However, after a year it became clear that some of the decision-makers with our potential customers were much more approachable than others and had a very different and much more open attitude to new technology and small vendors.

Some of these showed up at our small booth at conferences and exhibitions. They had heard about us through the grapevine (this was before the internet!) and were curious to learn more. At such an event, a representative from one of the big American newspaper groups came around to get an introduction to our approach and see the software.

Nine months later, we had landed our first deal in the US!

The Three Shades of the Ideal Customer Profile

It is a good idea to have a set of criteria for identifying the types of companies you will prefer, as some customers don’t represent the full Ideal Customer Profile.

Suppose we want to shorten the sales cycle and build a strong position in a segment of the market as fast as possible. In that case, we need to continuously qualify the leads we come across and determine where we shall invest our always limited resources.

A new customer project in the newspaper case, that I described above, required a multi-million dollar investment, which always took a while to mature and come to fruition. The resources available for implementing new systems was also limited, and although we could hire more people, the learning curve was long and steep. Expanding capacity was complicated and required a consistent and steady stream of new projects.

The criteria that I used to select those potential customers I would like to meet are called Demographics. Demographic data are typically available in public data sources and can be reviewed from your desktop. My primary source of demographic information was a book published by the World Association of News Publisher. Today such information is also available on LinkedIn and by visiting the companies’ websites.

While you can use demographics to find potential customers with needs that match your software, it doesn’t help you assess how much effort and how long it will take to make a sale, if ever.

To make such an assessment, you have to dig beyond the demographics and find sociographic and psychographic data.

Newspapers that recently replaced or updated their prepress IT-systems were not likely to do so again in the foreseeable future. It was often a piece of information I received as I tried to set up an introductory meeting. We instead agreed to meet at the next industry convention or exhibition that we both planned to attend in such cases.

Our solution was an integrated suite that covered all the planning department’s operational functions, the newsroom, the advertising department, and the final pagination. The applications sat on top of an Oracle database and were designed to make the newspaper more manageable and profitable.

However, I quickly learned that some newspapers preferred best-of-breed architecture. In this case, each function picks the applications that best meet their needs, and the IT-department then tries to knit it all together as best as possible. Convincing newspaper executives pursuing this architecture to take the suite-approach was an uphill battle with little probability for success. It was better to stay on the sideline and observe if the winds would change and offer a new opening. A takeover, new management or a failed project could suddenly change the playing field.

From visiting so many newspapers, I also learned that they were (and probably still are) many different companies under the same roof. Especially the newsroom and the advertising department were two separate worlds. Although it was advertising that made money, it was the newsroom that branded the product. Procuring a suite-based solution required that most of the stakeholders could live with the software. Achieving such consensus required strong top management to motivate everyone to put the company’s interest before their own.

There was only one way I could research sociographic data, and that was by visiting the potential customer and talking to the key decision-makers. The people I spoke to had seldom labelled their preferences, and often the best-of-breed preference was the outcome of weak top management. Many newspaper CEOs considered the choice of prepress IT-system something with which they should not get involved. A committee with the affected departments’ participation should review the various solutions and come up with a recommendation. When they couldn’t agree, a compromise could be that each got what they preferred, and the IT-department would have to make sure it could work together and deliver a newspaper every day.

From visiting potential customers, I could also research psychographic data, which are the individual decision-makers ambitions, values, motivations, and behaviour. This is where I would find out if there was enough support for a suite approach and if my sponsors had the organisational clout required to push it through. Without any technology enthusiast and visionaries among the key decision-makers, the probability of a sale would diminish.

Assessing psychographic data is not a simple science and requires much interpretation. Even when you push with precise questions, you don’t always get straight answers. People often want to be polite, or they don’t know their preferences. Choosing a new prepress IT-platform was something that a newspaper only did every ten or fifteen years. It was not a routine job, and there was no well-tested procedure for making it happen.

I used an approach of openly raising all the issues where I knew we had shortcomings and then see what reactions I would get. I could ask questions such as:

Doesn’t it bother you that our solution is so new and that we only have a few customers?

If that was a concern, I might as well walk away, because this was not something that would change overnight. If the respondents understood that new and innovative technology would initially only have few customers, we could move on.

I could ask the CEO and CIO if they preferred a suite solution covering all functions or if they would leave it to each department to choose their IT-platform?

The push for a suite solution would typically come from the CIO, the CEO or the planning manager. Seldom would the newsroom or the advertising department champion such an approach. 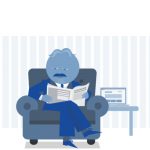 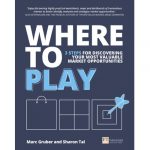