The successful turnaround of Secunia, part 3

The successful turnaround of Secunia, part 3

In September 2015 Secunia was acquired by Flexera Software, providing the Secunia shareholders with an attractive return on their investments. The acquisition was the culmination of a transformation process that started in July 2013 when the board of directors appointed a new CEO.

This series of posts documents Secunia’s journey from a company in trouble to a profitable company on a promising growth trajectory.

Recruiting many partners to address a larger footprint and changing the market focus at the same time called for more and more senior channel development resources within Secunia. Cutting off the direct sales organization was easy enough, but building up the muscle to work actively with distributors and resellers would take time, which Colsted didn’t have. It was therefore decided to reduce staff at Secunia headquarters and build small satellite expert teams in the regions. Accepting that people could work from anywhere in the world offered a much larger base for the recruitment of qualified talent and the resources required for executing the new strategy were quickly brought on board.

Designing generic lead generation programs that were to be implemented in the various locations faced resistance. The markets apparently respond differently and what works well in the UK fails in Germany and vice versa. Colsted didn’t have the time to verify if this feedback represented genuine differences in market behavior or were mere reflections of differences in attitudes within his own organization. He decided to decentralize the decision making process and leave the program definition in the hands of the local teams. As long as they generated sufficient volumes of qualified leads they could do as they pleased. The programs designed by Secunia marketing were available for those who wanted to use them. 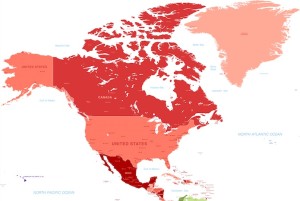 Since the Secunia revenue generation model worked well in North America Colsted decided to only make a few changes here. They continued with the direct go-to-market approach, but this was complemented with very selected partnerships with system integrators and IT security consultants in a referral fee format. The new market segmentation and focus were applied, which meant replacing most of the sales organization with enterprise savvy sales staff. The partnership approach was positively facilitated by the cooperation with Microsoft, which elevated the status of Secunia in the eyes of the IT security community in North America. The Secunia operations in North America continued to deliver sustained revenue growth with good gross margin throughout this period and thus helped fund the turnaround of the European operations.

The move from the direct to the indirect approach in the markets outside North America meant taking 40% of the revenue and accepting a 60% immediate reduction. The impact on the bottom line was somewhat offset by the reduction in operational expenses caused by downsizing the sales organization, but investments were required for the recruitment of new staff and for increased international travel activities. The reduction in revenue was to be compensated later by the scalability opportunity offered by the two-tier distribution model. Colsted obviously took as much cost as possible in 2013, which wasn’t “his” year anyway and where making a profit was already out of the question, but when the revenue increase would kick-in was difficult to say. It didn’t happen in 2014. Sales invoiced and agreed in 2014 totaled DKK 106.1 million; a decrease compared to 2013 results, but after Q1 2015 the scalability potential materialized, proving that the two-tier model was working.

Why did the Secunia turnaround succeed?

It is worth noting that the products Secunia offered during the turnaround were exactly the same as those that they were offering before 2013. They do have a new product in the pipeline, but it was not released during the process and therefore had no impact on the outcome.

It is also worth noting that the business environment didn’t change substantially during the process. Although customers are becoming increasingly aware of the risk associated with un-patched software there is still a lot of missionary work required before a sales effort will bear fruit. 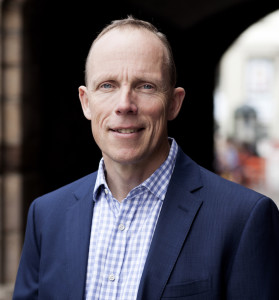 The turnaround must be credited to Colsted and his team. They didn’t make miracles or perform wizardry, but did a solid analysis of the situation identifying the opportunities as well as the obstacles. They executed with determination and corrected swiftly when needed and often on a hunch rather than waiting for solid failure. It was not a happy-go-lucky approach closing their eyes to the pitfalls and hoping for the best, but a professional strategy crafted by people who knew what they were doing. Colsted and his team have solid experience with building and managing indirect channels and don’t suffer from the misconception that channel partners are just cheap sales resources that will do our job for us.

The Secunia shareholders and the board of directors also deserve a big round of applause. Picking the right person and getting the right team into the right seats on the bus is no simple endeavor. Being prepared to invest when things look grim requires guts, but this is what investors are supposed to do and DKA and The Damgaard Group delivered on their responsibilities.

The only question I have is the timing of the divestment. If they had waited a year could they have asked a much higher price for the company? I am sure they have considered this opportunity and had their reasons for not being more patient.

All in all, a job extremely well done. 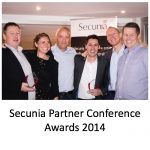 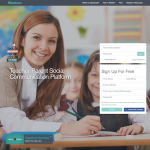