UnboundID (Austin, TX., USA) have announced that it has raised $12.5 million to break into new markets and expand internationally. In a previous capital raising round, UnboundID raised $3 million from Silverton Partners.

Aimed at telecom, financial services and other large companies that manage large customer databases, UnboundID  allows them to store information about millions of subscribers and process tens of thousands of transactions per second. Over the past year, it has expanded its focus to help customers make money from their customer data.

“These companies are sitting on a gold mine of rich personal data, but they don’t know what to do with it,” said Steve Shoaff, UnboundID co-founder and CEO. “It’s an untapped asset, and we’re helping them use it in a way that benefits them, their partners and their customers. We’re on the revenue-generating side of the ledger at a time when most others aren’t focused on that.”

Recently, a European cable company, whom the company declined to name, used UnboundID’s software to tailor its advertising during a soccer tournament using demographic and location data.

“When someone was at a pub watching the game on an iPad, you could give them an ad for a beer. Or if they were at home with a big-screen TV, the ad could be household-related,” Shoaff said.

The explosive growth of cloud, social and mobile computing has created a fast-growing market for managing and securing customer information. Shoaff said UnboundID’s ability to help companies generate revenue from that data is what sets it apart.

After opening an office in the UK and with plans to expand into mainland Europe, UnboundID will use its new funding to expand product development, sales and marketing.

“Whenever a company is in rapid growth mode, you’ve got to make sure you’ve got a deliberate plan and you’re investing in the right places at the right time,” Shoaff said. “We’re excited to have both of these guys; they know what it takes to transform startups into successful technology companies of the future.” 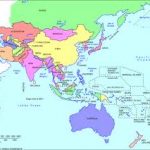 Asia-Pacific SMB software as a service market to reach US$1.5B in 2012Industry News