SMEs Are Adopting a Global Mindset to Accelerate Growth

SMEs Are Adopting a Global Mindset to Accelerate Growth

SMEs are adopting a global mindset

Oxford Economics’ global study sponsored by SAP reveals that small and midsize firms that do business in six or more countries will more than double in three years.

SAP AG (Walldorf, Germany) and Oxford Economics (Oxford, UK) have announced survey findings by the Oxford Economics research program, sponsored by SAP, that show small and midsize enterprises (SMEs) around the world and across industries are making major changes to their business models, products and go-to-market strategies. SMEs are also competing with larger companies by investing in technology to improve operations and become more efficient. The survey of 2,100 executives from SMEs in 21 countries shows they believe they are equipped to compete with larger firms and have some clear advantages over them. The findings overturn some industry stereotypes of smaller companies as local or regional entities that are largely technophobic. The survey looked at SMEs with an annual turnover of US $20 million–$750 million across the globe. 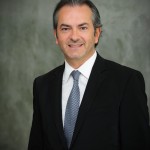 “The overarching finding of the study was that successful SMEs are going outside of their home market to accelerate growth. And by doing so, they face fierce competition from large multinational corporations and more empowered customers in new markets,” said Eric Duffaut, president, Global Ecosystem and Channels, SAP AG. “In their new international or even global landscape, business network and latest technology innovations are more and more required by SMEs to evolve their business models and effectively compete.”

SMEs are expected to grow outside their home markets while facing increasing global competition at home.
The number of firms expecting to generate as much as 40 percent of their revenue internationally jumps by 36 percent in the next three years. Fifteen percent of respondents currently do business in six or more countries today, a figure that is expected to rise to 35 percent in three years based on survey responses. More than one-quarter of respondents cite increasing global competition among the top three trends affecting their business today. Nearly 60 percent say competition from companies in other countries has increased substantially in the past two years. And 59 percent say they are competing more with larger companies now than in the past.

“The road ahead is well marked for SMEs,” said Edward Cone, managing editor and senior analyst at Oxford Economics. “Globalization, transformation and technology will be the hallmarks of successful small and midsize companies.”

SMEs are forming networks around the globe.
Over half of respondents say they increasingly are forming partnerships with suppliers and other vendors located in countries outside their home markets. A similar number are increasingly collaborating with other firms via online business networks and platforms to help drive innovation and growth. Nearly 40 percent of SMEs cite forming strategic partnerships and alliances as a key challenge as they remake their companies for the global marketplace. North American companies (60 percent) and both the largest (60 percent) and most profitable (62 percent) firms are more likely than companies from Latin America (50 percent) and those with a profit margin below zero percent to say they have boosted collaboration with other firms via online business networks and platforms. Cloud computing and social media are believed to be important enablers.

SMEs are job engines but face cultural obstacles to technology adoption.
Nearly half (46 percent) of respondents are actively hiring employees to support their growth activities. SMEs face the same issues as their larger competitors; 39 percent find it increasingly difficult to recruit people with the right skills. According to 31 percent of responses, encouraging employees to use mobile technology is one hurdle, while 35 percent say lack of understanding of the benefits of cloud computing is an issue. And 43 percent of SMEs indicated they have trouble encouraging employees to embrace social media.

Other findings concluded that:

About Oxford Economics
Oxford Economics was founded in 1981 as a commercial venture with Oxford University’s business college to provide economic advice and forecasts to international organizations. Since then, it has become one of the world’s foremost independent global economic firms, producing forecasts, analysis, and data on 190 countries and regions, 100 industries, and 2,600 sub-regions and cities. Its team includes over 80 professional economists, industry analysts, and management experts. Oxford Economics specializes in global quantitative analysis, and business and public-policy advice. The firm offers a sophisticated portfolio of forecasting services, consisting of regular reports, databases, and models on countries, cities, and industries. Oxford Economics is renowned for its evidence-based consulting and thought leadership services, including economic impact studies, scenario analysis, business modeling, risk assessment, market sizing, executive surveys, white papers, and public-sector analysis. The firm is distinguished by the quality of its quantitative analysis, caliber of its staff, and close links with Oxford University. For more information, visit www.oxfordeconomics.com.

About SAP
As market leader in enterprise application software, SAP helps companies of all sizes and industries run better. From back office to boardroom, warehouse to storefront, desktop to mobile device – SAP empowers people and organizations to work together more efficiently and use business insight more effectively to stay ahead of the competition. SAP applications and services enable more than 197,000 customers (includes customers from the acquisition of SuccessFactors) to operate profitably, adapt continuously, and grow sustainably. For more information, visit www.sap.com.